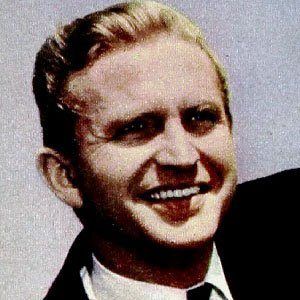 The TV actor Karl Swenson passed away at age 70, this age of death has to be considered respectable. What was the cause of death? Below is all you want to know regarding the death of Karl Swenson and more!

Perhaps most well known for his portrayal of Lars Hanson on the popular TV series Little House on the Prairie, he is also remembered for his recurring roles on Lassie, Gunsmoke, The Virginian, and Bonanza.

Before beginning his career as a screen actor, he appeared in a Broadway production of The Man Who Had All the Luck and participated in such radio dramas as The March of Time and Lorenzo Jones.

He died suddenly not long after appearing in a Little House on the Prairie episode in which his character also passed away.

He grew up in New York City as the child of Swedish-born parents. His first marriage — to Virginia Hanscom Swenson — resulted in four children; his marriage to actress Joan Tompkins produced no children and lasted until his death in 1978.

He appeared with Joseph Cotten in the 1967 movie Brighty of the Grand Canyon.

How did Karl Swenson die?

Swenson died of a heart attack at Charlotte Hungerford Hospital in Torrington, Connecticut on October 8, 1978, shortly after filming the Little House on the Prairie episode in which his character dies. The episode aired on October 16, 1978, eight days after Swenson’s death.